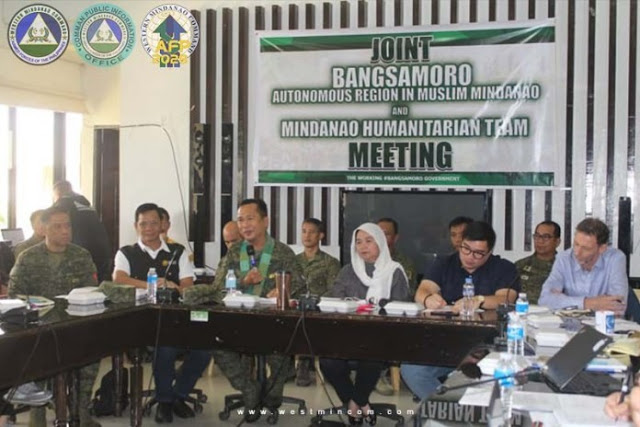 MARAWI CITY: “Peace or security cannot be achieved without inclusive development or without good governance. If we will work together towards the attainment of that objective, I think we can do it,” Lt. Gen. Cirilito Sobejana, commander of the Western Mindanao Command (WestMinCom), said in a meeting on security and rehabilitation in Marawi City on Thursday .
The Bangsamoro Autonomous Region in Muslim Mindanao (BARMM) and security officials convened at the Provincial Capitol Complex in Marawi City on Thursday morning for the joint BARMM and Mindanao Humanitarian Team meeting where they tackled updates on security, rehabilitation and conditions of internally displaced persons in the city.

Among the resolutions passed were the deliberate implementation of projects and convergence of efforts in the area.
Emphasizing the role of key agencies and stakeholders in rebuilding Marawi City, Sobejana said, “We came up with our strategic framework that is anchored on governance, security, and development. On the part of the armed forces, our intent is to sustain the peace and order in our operational area.”
He was joined by representatives from local government units and different sectors, including the Interagency Task Force Bangon Marawi, Department of Social Welfare and Development, Department of Public Works and Highways, Office of Civil Defense, International Committee of the Red Cross, Commission on Human Rights, Regional Police Office and media. (Masiding Noor Yahya/The Manila Times)