Young Princess talks about dealing with the pandemic

All systems go for elections in Lanao Sur 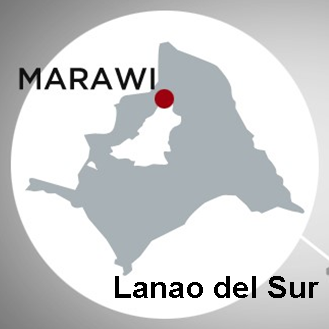 MARAWI CITY: The province of Lanao del Sur including the Islamic city of Marawi is all set for Monday’s local and national elections and authorities say they are ready in case any election-related violence may arise.

Col. Madzgani M. Mukaram, chief of Lanao del Sur Police Provincial Office (LDSPPO), said that the Philippine National Police (PNP) is ready for Monday’s elections although there were threats to burn school buildings and ambushes during elections.
Mukaram said earlier that more than 100 additional police will be deployed in Lanao del Sur due to reports that some groups planned to sow troubles during the elections to have failure of elections.
“Lahat ‘yan may contingency planning tayo. Nag-rehearse tayo ng mga tao. Pinaghandaan natin lahat ng possible scenario,”he said. (For all that, we have contingency planning. We rehearsed our people. We prepared for all possible scenarios.)
Mukaram said the police are ready to those threats and for any other election-related incidents. So far, there is no election related violence recorded since the election period started to date, he added.
He said, “We can’t predict if there will be problem but we are ready to confront them.”
The military also aimed for peaceful and clean elections in Marawi and Lanao del Sur.
Col. Romeo Brawner, commander of 103rd Brigade based in Marawi, hoped for the repeat of the 2018 Barangay and Sangguniang Kabataan elections and that of the Bangsamoro Organic Law.
“We are hoping the same thing will happen in the national and midterm elections,” said Brawner.
The Commission on Elections (Comelec) said that everything is set for the elections here despite circulating reports on massive vote-buying in the locality which some sectoral groups complained to President Rodrigo R. Duterte.
Atty. Allan Kadon, the provincial election supervisor in Lanao del Sur, told reporters that many were saying about massive vote-buying but as far as his office is concerned, he received no formal complaint.
Some sectors reportedly sought the intervention of the President to declare a failure of elections in Lanao del Sur allegedly due to massive vote-buying facilitated mostly by barangay (village) chairmen.
But Kadon said they could declare a failure of elections only if it is impossible for the public to vote. “A mere commotion,” he said, “does not follow an automatic failure of election, and what is possible is to suspend the voting but as soon as the commotion is cleared, election has to resume.”
On their part, the two heads of schools’ divisions here of the Ministry of Basic, Higher and Technical Education of the Bangsamoro Autonomous Region in Muslim Mindanao (BARMM) told Ranao Star that their respective members in the local Electoral Boards or Board of Election Inspectors (BEI) are ready to serve.
Marawi City schools division supervisor Baesarom Domato said their teachers are ready for the elections which she expected to be peaceful and orderly in the Marawi 33 voting centers on Monday.
Domato is deputized by Comelec after city division superintendent Pharida L. Sansarona inhibited herself from the city electoral board due to a close kin running for the provincial board.
Lanao del Sur schools division-2 acting superintendent Rubina Mimbantas Macabunar said they are ready to serve their voting public on Monday. She said she is glad there has been no problem except some minor glitches on the assignment of BEI which were easily threshed out.
It was reported earlier that some 400 teachers in Lanao del Sur backed out from serving and were disqualified to sit in the BEI but their replacements in the elections had been trained. The Comelec also prepared and trained a police back-up who would serve as BEIs in Marawi in case of violence. (MNY/RSP)