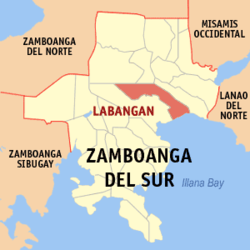 The arrested gunmen who managed to escape through a single motorcycle were allegedly involved in a shooting incident in the municipality of Ramon Magsaysay.

The two suspects were also caught in a possession of two caliber .45 handguns, magazines loaded with ammunition by the 5th Infantry Battalion and the Philippine National Police elements.
Suspects were temporarily detained at the detention facility of Labangan, Municipal Police Station for the filing of appropriate charges.
Col. Bagnus Gaerlan Jr., the 102nd Infantry Brigade Commander said “Let us cooperate and be active in maintaining the peace and security in our communities by reporting suspicious individuals or unscrupulous groups for our swift action.”
Meanwhile, Brigadier General Roberto T Ancan, Commander of the 1st Infantry (TABAK) Division commended the joint efforts of 5IB and the PNP
“Your Tabak troopers together with the PNP and other stakeholders remain to be committed in our efforts to ensure the safety and security of our local communities particularly in addressing lawless violence,” Ancan added.